Senior Officers of Thanet District Council  are  trying to restrict Councillors’ freedom to research, understand and comment on the Pleasurama issue. During a telephone conversation with  a TDC Manager yesterday Cllr Ian Driver was advised that the legal advice and valuation documents relating to the Pleasurama development, which were requested by the Scrutiny Panel last week, will not be sent out to councillors in advance of an emergency meeting on 15 October. Instead they will be made available at the meeting itself and councillors can have a recess to read them. 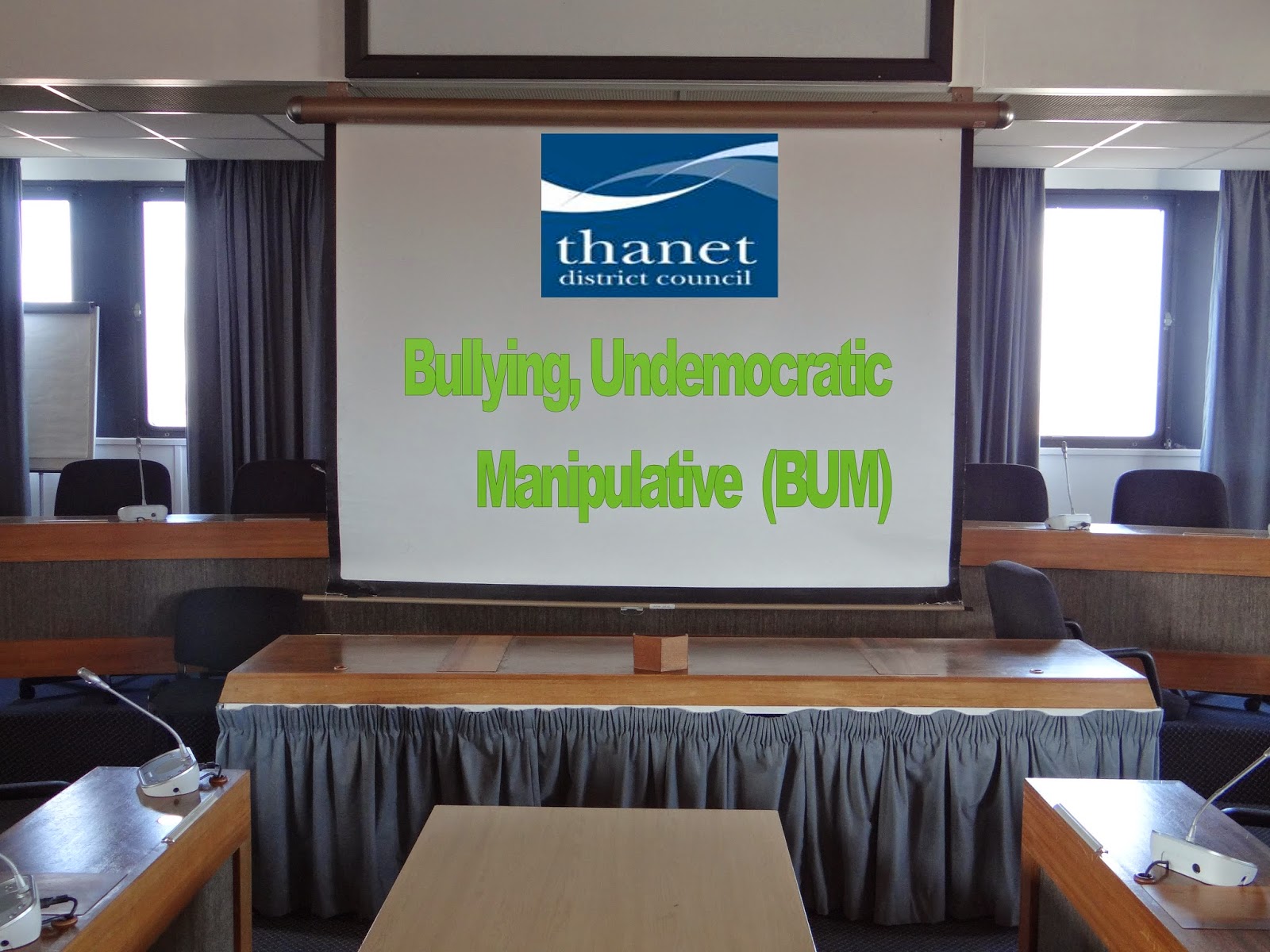 In an e-mail to TDCs Monitoring Officer, Steven Boyle,  Driver claims that restricting access to the papers. Is undemocratic and possibly illegal. He also points out that by restricting the time of Councillors to read  and make decisions on what are complex documents, could lead to poor decision making. Driver’s e-mail is copied below. Said Driver “this is yet another example of the bullying, manipulative un-democratic culture which prevails at TDCs and which has brought it into disrepute. Its time for change.

Dear Mr Boyle
I understand that the legal papers and valuation report regarding the Pleasaurama site will not be made available before the meeting of the extraordinary meeting of  OSP on 15th October. I was told that members of the OSP will be able to have a recess to read the papers on the 15th October.

I am writing to let you know that this  not acceptable to me. First I am dyslexic. It takes me longer than most people to read and understand documents, especially complex and technical documents. If I am placed under pressure of deadlines to read  documents, such as a time limited recess, then it becomes much harder for me to read and understand them. I therefore request that I be provided with copies of the documents several days in advance of the meeting so that I can read and understand them at my leisure and be properly prepared to play a full role in the in the meeting like other non-disabled Councillors.

Second, the  decision to withhold the OSP papers until the day of the meeting is most unusual. In all other cases  reports and papers, including confidential reports, are sent to members one week before the meeting.  I can see no reason to have suddenly changed procedure without any explanation  or justification.

Furthermore, it is my opinion that the Local Government Act 1972 and the Council's Constitution does not afford officers the right to withhold, until the last moment, documents which members of OSP have a legal right to see. The limited and restricted access of key documents,especially when decisions need to be  based upon these documents, is my my opinion highly improper and entirely undemocratic. By following the proposed course of action the Council is improperly restricting the ability of  its elected  members from properly understanding  the issues.

I therefore request that you e-mail me the papers to me today so that I have time to read them and properly prepare for the meeting.
I would appreciate hearing from you today as refusal to provide me the OSP papers in advance will result in a complaint to the Equalities and Human Rights Commission for breach of the Equality Ac t 2010.

THE VIEWS EXPRESSED ON THIS BLOGSSITE ARE ENTIRELY MY OWN.